Tanjoji Temple was built in the place where Nichiren Shonin was born. This is a sacred place located in Kominato, in Southern Chiba, surrounded by the Pacific Ocean. Nichiren Shonin was born in 1222. On the occasion of Nichiren Shonin’s birth, legend has it that lotus flowers bloomed on the seashore, a large number of red snapper gathered, and spring water gushed out into the yard of the house. These places are now preserved as Renge-ga-fuchi, Tae-no-ura, and Tanjo-ido.

After Nichiren Shonin proclaimed his new path of Buddhism, he continued his mission in Kamakura, but in January of 1264 he learned that his mother was ill and returned to his hometown. He inscribed a mandala and prayed for her recovery. Because of his great merits, his mother lived for another four years.

In October of 1276, Nichike, one of Nichiren Shonin’s second senior disciples, built a temple on the grounds where Nichiren Shonin’s parents’ home stood. The patron of this temple was Sakuma-Hyogo-no-kami Shigetada.

There is also one of the largest Deva gates in the prefecture, and the large onigawara (ogre tiles) on Soshido Hall, which total 21 tatami mats in size. The scent of Tanjoji Temple's incense and wind that blows from the sea are acknowledged as one of the "100 best aromatic landscapes of Japan"
by the Ministry of the Environment. 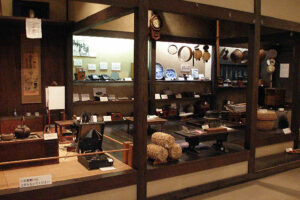 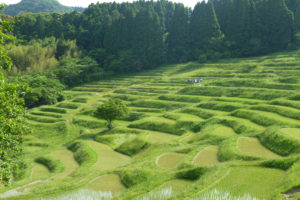